The team has been working to get women more involved in Blockchain & Cryptocurrency since 2017 having run multiple events in local communities and winning multiple awards over the years.

Blockchain technology is an incredibly interesting field and unfortunately the diversity isn’t as we’d like. From a 2019 study, only 14.5% of Blockchain startup team members were women! We want to change this stat and it’s what we are incredibly passionate about. 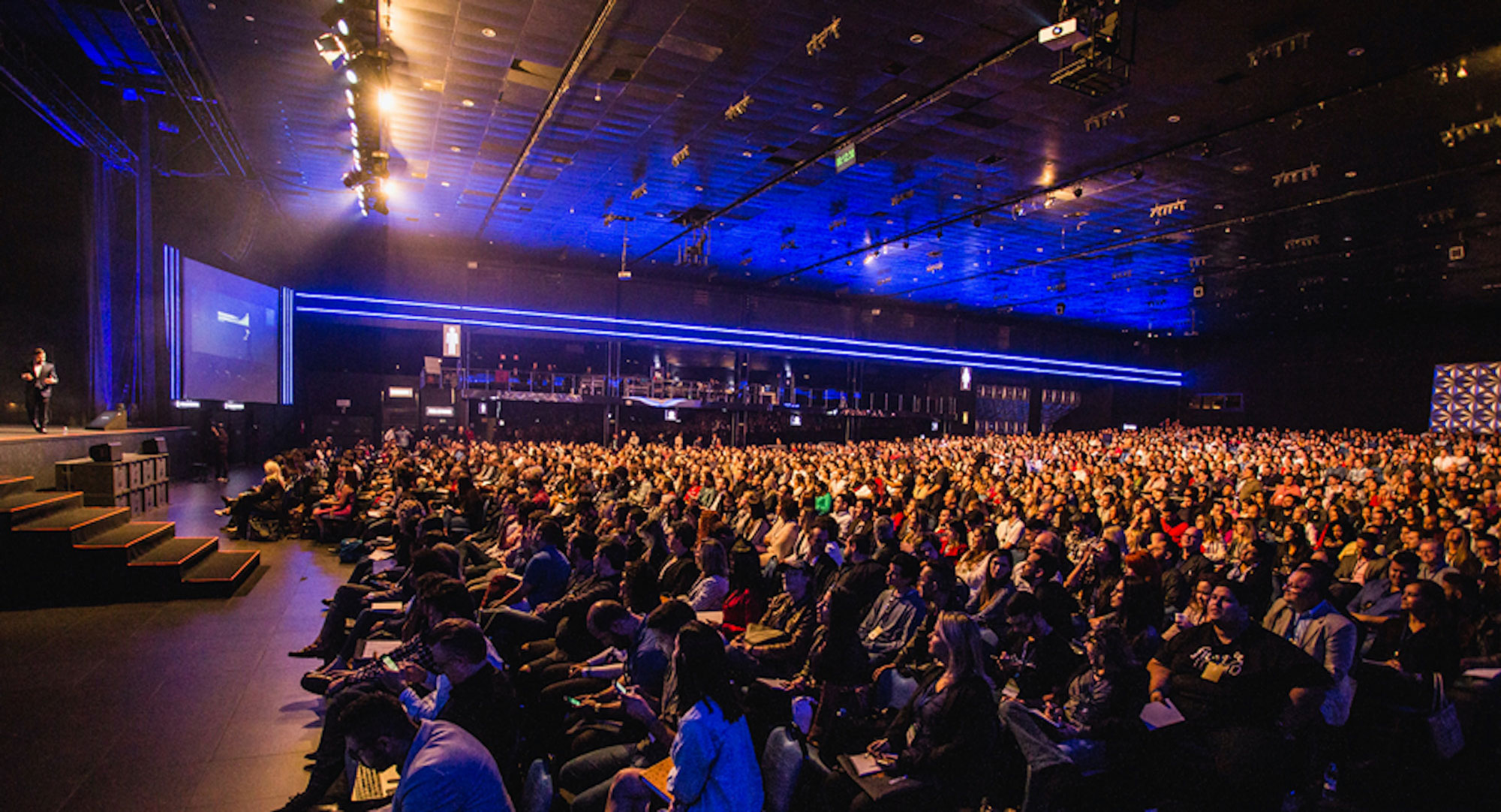 The applications of Blockchain have grown beyond the tracking of Bitcoin transactions since its creation. While many scoffed at the idea that the technology had a future, a decade later, the once theoretical cryptocurrency is still growing strong and is more integrated into society year after year.

In its beginning, the crypto industry was dominated by men. In fact, there were only 2 women out of 48 speakers at a 2018 Blockchain conference held in Japan. Recently, however, there has been a growing number of innovative women who have found new ways to use and improve Blockchain. These days, Blockchain technology goes beyond cryptocurrency transactions in both government and business agencies. It is another way to provide transparency to an organization or to protect creative properties from being stolen.

Celebrating the women in crypto is an important step to inviting others to join their ranks or inspire the next generation of women to be passionate about the future of computer science. Bitcoin was created to be the great equalizer in how currency is used and who can invest in it. The truth is that gender matters less in the Blockchain industry compared to others. Not only will women investors increase the value of the currencies, but it also allows women to be included in the new economy.

At Coinformant we provide useful guides on Cryptocurrency which you can find here:

CEO and Co-Founder of Lightning Labs 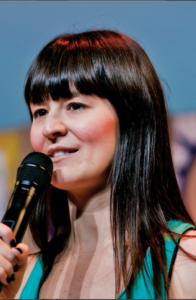 Elizabeth Stark’s work with Lightning Labs is innovating new ways to increase the speed of bitcoin transactions. Historically, one of the biggest issues with Bitcoin is that it can only process a handful of transactions each second, where major credit cards can process thousands. As cryptocurrency moves into the future and transactions become more common, the Blockchain will need to speed up to meet demand.

With Lighting Labs, Elizabeth has developed a system that enables fast and private transactions on blockchains. The product is continually updated and improved to meet even greater speed. Their systems are open source and scalable so that they can reach greater efficiency year after year. They understand that crypto has a future and is pushing toward that instead of maintaining current trends.

DIRECTOR OF DIGITAL CURRENCY INITIATIVE AT THE MIT MEDIA LAB 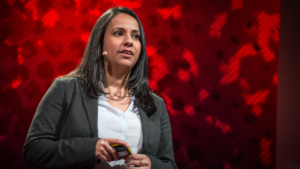 With her PhD in Computer science in hand, Neha Narula pushes the boundaries of Blockchain through innovation and academia. Her interests lie with cryptography, programmable money, cryptocurrencies, and distributed systems.

Her interest in the future of money was covered in a TED Talk held in Paris in May 2016. In it, she covered the history of money and how cryptography can and will change the way we use money in the future. She shows how cryptocurrency is the first step toward a world-wide currency that can be transferred around the world without being encumbered by financial institutions.

Neha’s work with the MIT Media Lab is designed to incorporate crypto-technology into every-day transactions, such as a Bitcoin vending machine. She also has used Blockchain to manage the rights of digital music, showing just how versatile the technology can be.

COFOUNDER AND CEO OF CLOVYR 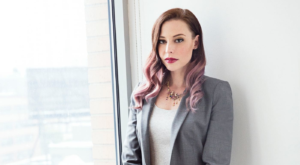 Amber Baldet founded Clovyr as a hub for decentralized applications. They are also developing Clovyr Code, which allows people to contribute to open source projects easily or create their own development environments. Their goal is to empower people to build the systems they wish were in the world.

Amber was listed on the 2017 list of Fortune’s 40 Under 40 young people who have influenced the Blockchain world. She has helped bridge the gap between the world of crypto and Wall Street. The former Executive Director of JP Morgan’s Blockchain Center of Excellence, Amber’s experience shows that women have an important role to play in the industry. 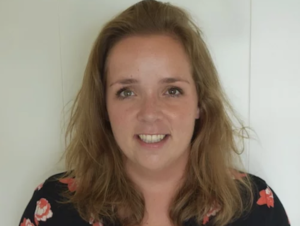 Jessica Hofmann is the founder and managing director of Atos Blockchain Factory. Each day, she works with people and companies who are eager to incorporate Blockchain in their business models. While the technology has been out for a while, there are many people who still don’t understand how it works and underestimates its capabilities.

Determining the best way that Blockchain technology can add value to a customer and adequately explaining it requires her to have strong communication skills. She must fully understand the goals of her clients and how she can help them meet those goals through innovation.

Her work has not only advanced Blockchain development, but she also has made it accessible to businesses who wouldn’t know how to implement it. 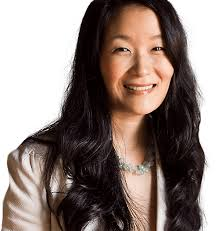 Laura Shin is one of the leading journalists that researches Blockchain technology. She is a former senior editor at Forbes Magazine where she explained the world of cryptocurrency to a worldwide audience. She learned her world-class journalism approach from earning a master of arts from Columbia University’s School of Journalism and Stanford University, where she graduated with honors.

Laura also hosts the Unchained Podcast, where she connects with the people she has met through her year in the industry and shares her insight on Blockchain. With her research ability and access to information, she has been able to bridge gaps in people’s understanding of crypto, inspiring others to innovate new ways for the technology to be used. 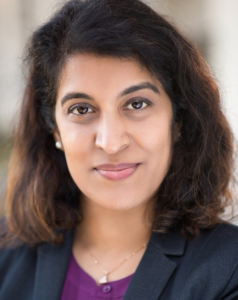 Previously the Vice President of Strategic Alliances to TechSoup, Sheila Warren is now the head of blockchain and distributed ledger technology at the World Economic Forum. Her past work also includes providing technological solutions to NGOs through blockchain technology.

Sheila has worked with the World Economic Forum to discuss the future of global finance and trade and how it will impact the present. She works to find healthy solutions for future experimentation as well as innovating current cryptocurrency systems.

Sheila is also largely responsible for the white paper, Blockchain Beyond the Hype, which helps businesses incorporate blockchain into their systems. She and the WEF plan to launch a distributed ledger that will help corporations adopt the technology at a much faster rate in the future.

CEO OF THE CRYPTO REALTY GROUP 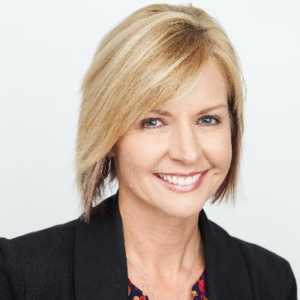 Piper Moretti is the CEO of the Crypto Realty Group. Not only is she a real estate agent with knowledge of the many LA neighborhoods, but she is also leading the way in realtor Bitcoin transactions. With 5 Bitcoin transactions under her belt, she is a Certified Crypto Program Instructor and an advisor to Block66.io and CPROP.io.

Piper is also a member of the Real Estate Standards Organization and the Chair of the Los Angeles chapter of the International Blockchain Real Estate Association. Her list of achievements has landed her several speaking engagements within the world of cryptocurrency. She actively pursues new methods of how blockchain can impact realty and streamline the process of how one can purchase property with crypto.